The origin and popularization of “gothic script” is still a matter of controversy nowadays. We aren’t completely sure how or why it originated or why it became so popular. Also called “blackletter”, this type of script started to be used roughly in the XIIth Century and it remained popular and used until roughly the XVIIth Century, even though some countries like Denmark or Germany continued to use it until the XXth Century.

We don’t really know why this script was created, but historians argue that it was probably created because the previous script that was used in the original printing press was too compressed, with small letters and really dark,making it easy to smudge and difficult to read; so a more “clean” and “proper” script was created. This type of lettering got really popular because the Guttenberg Bible was printed using it, and it soon became the favourite script to print in. However, since it is difficult to read, very expensive to print in and a lot of more simple, more readable typefaces were starting to get popular, gothic script stopped being the favourite in most countries with the exception of a few ones like Germany or Denmark.

Why did this type of lettering become so popular in gothic fashion ? Well, it is not because it also is called “gothic”, despite what some might think. Gothic fashion likes taking elements from a past long gone, a past that seems dark and mysterious, from people or figures that are marginalized and can’t integrate in society because society rejects them… So this type of script, that was popular during the “Dark Ages”, seemed like an obvious choice to integrate in Gothic fashion.

In addition, while gothic fashion nowadays might take a lot of elements from victorian fashion, it originated by reviving elements from the Middle Ages and looking to this dark mysterious age for inspiration, hence the name “gothic”. They inspired themselves on the preferences of this era, on its story and architecture to create their own fashion and of course, gothic script was also chosen to be a part of gothic fashion and nowadays we can find a lot of this type of lettering in gothic fashion, but also in punk, grunge, heavy metal or other types of fashion ! And it shouldn’t come as a surprise: this lettering has an old, outdated, antique feel to it that makes it look very elegant and classy, but also very outdated: it is very refined and ornate, which makes it impractical in the current world which is all about minimalism, practicality and saving money instead of being stylish.

This lettering has been incorporated into gothic fashion for many reasons: for starters, the logos of many heavy metal, punk, rock or gothic bands are written in this script so it became habitual to see it in merchandising t shirts this band sell. In fact, this kind of thing has become so popular and normalized that it has almost become a contest for heavy metal bands to try to invent more and more complicated to read fonts to write their logo in, to the point nowadays a lot of the logos are impossible to read !

Other gothic elements will also be incorporated into gothic fashion by using gothic script: for example,we can find a lot of gothic t shirts that paraphrase the Bible, or novels considered gothic such as Frankenstein or Wuthering Heights (this novels are oftentime considered gothic not only because of the elements of terror and horror in them, which is something gothic fashion likes to inspire itself on, but also because gothic fashion loves to take inspiration in times in history where old ways are crumbling and decaying and a new way of life is sweeping the old, traditional roles that used to be upheld: the Dark Ages, the Renaissance, the Victorian era and the industrialization, the early 20th Century in the United States… are all periods gothic fashion looks to for inspiration, because there was a clash of new ways of living against the old ones that left a lot of people desplaced and marginalized, feeling like they didn’t have any place in society. That is why gothic fashion loves the figures of the witch, the vampires, the werewolves, and the monsters so much: they can relate and identify with them.)

In addition, another element we see often incorporated with gothic script is words that can be seen as relating to gothic fashion. Since this fashion draws themes from sadness, darkness, being misunderstood and feeling like we don’t have a place on society we can often see words like “danger”, “decay”, “darkness”, “depression” among many others incorporated into this fashion; however a lot of other fashions and inspirations are rubbing off onto gothic fashion, so a lot of new elements are being introduced into it in the most recent times !

Personally, since I favour gothic lolita fashion my favourite elements in gothic fashion come from the Victorian era. I love elegant dresses, I love vampires and decaying nobility and I enjoy motifs such as decaying roses, broken crosses or old empty churches. I love the figure of the vampire and the witch, because they are both leftovers from a past, old era that doesn’t have a lot of importance now so they feel misplaced, like they don’t matter anymore and they know it so they are forced to live apart from society.

When it comes to fashion, of course, I favour dresses, thight highs, elegant socks and capes. and I always try to incorporate this elements in gothic fashion, too:long skirts, boots, lace socks and capes are my favourites !.

To summarize, gothic fashion loves to take inspiration from old, decaying eras that look outdated and useless today, so of course gothic script was a go-to that ended up being included in the fashion and mixed with other elements ! As a part of gothic fashion, it became so popular that other styles like punk and heavy metal started using it too, so it is now a favourite of many people and a central element to many types of fashion.

I consider fashion as the best way to express myself. Of course there are more drugs like old movies, french music,Serge Gainsbourg, Greece, etc. 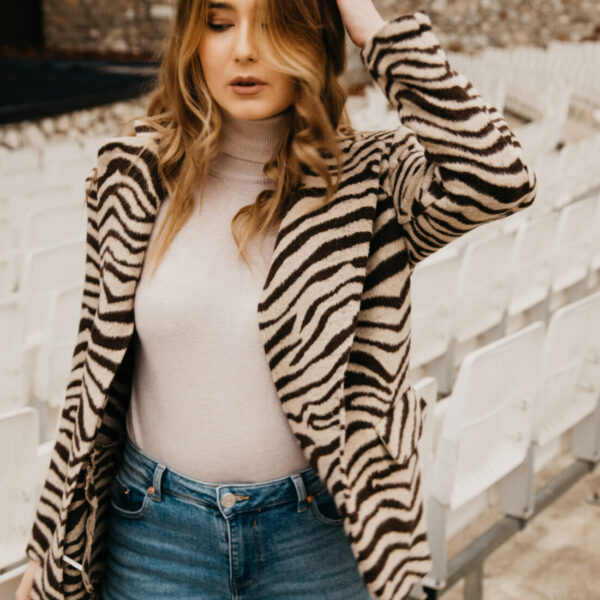 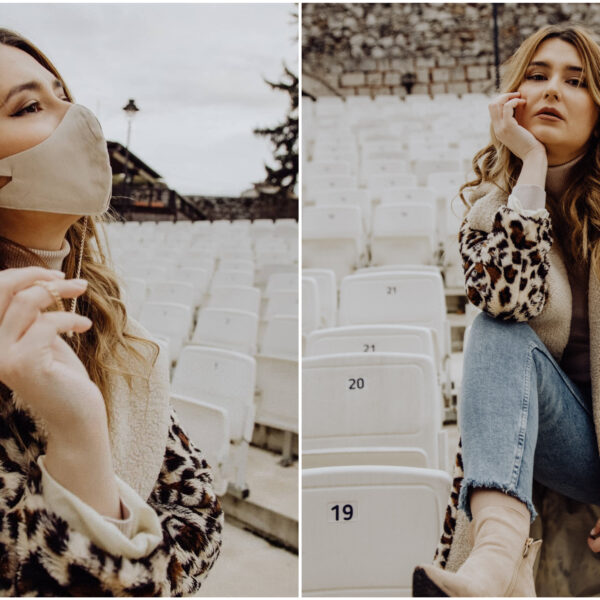 “New normal” is the phrase a I heard so many… 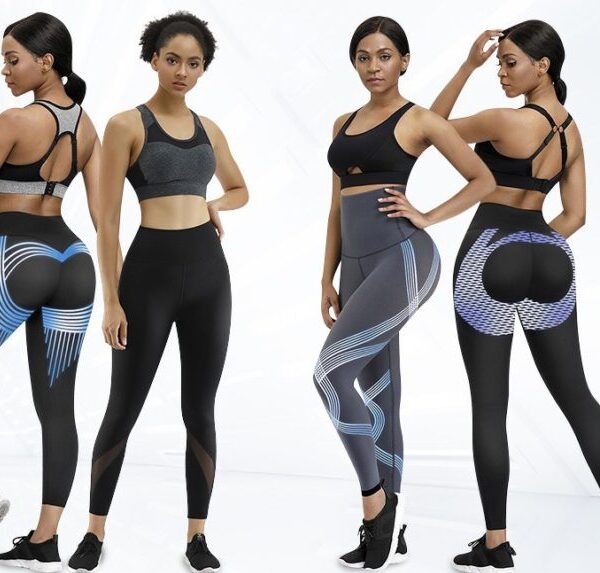 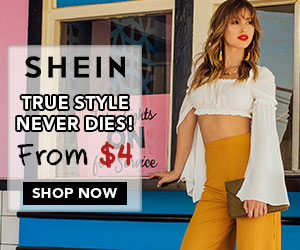 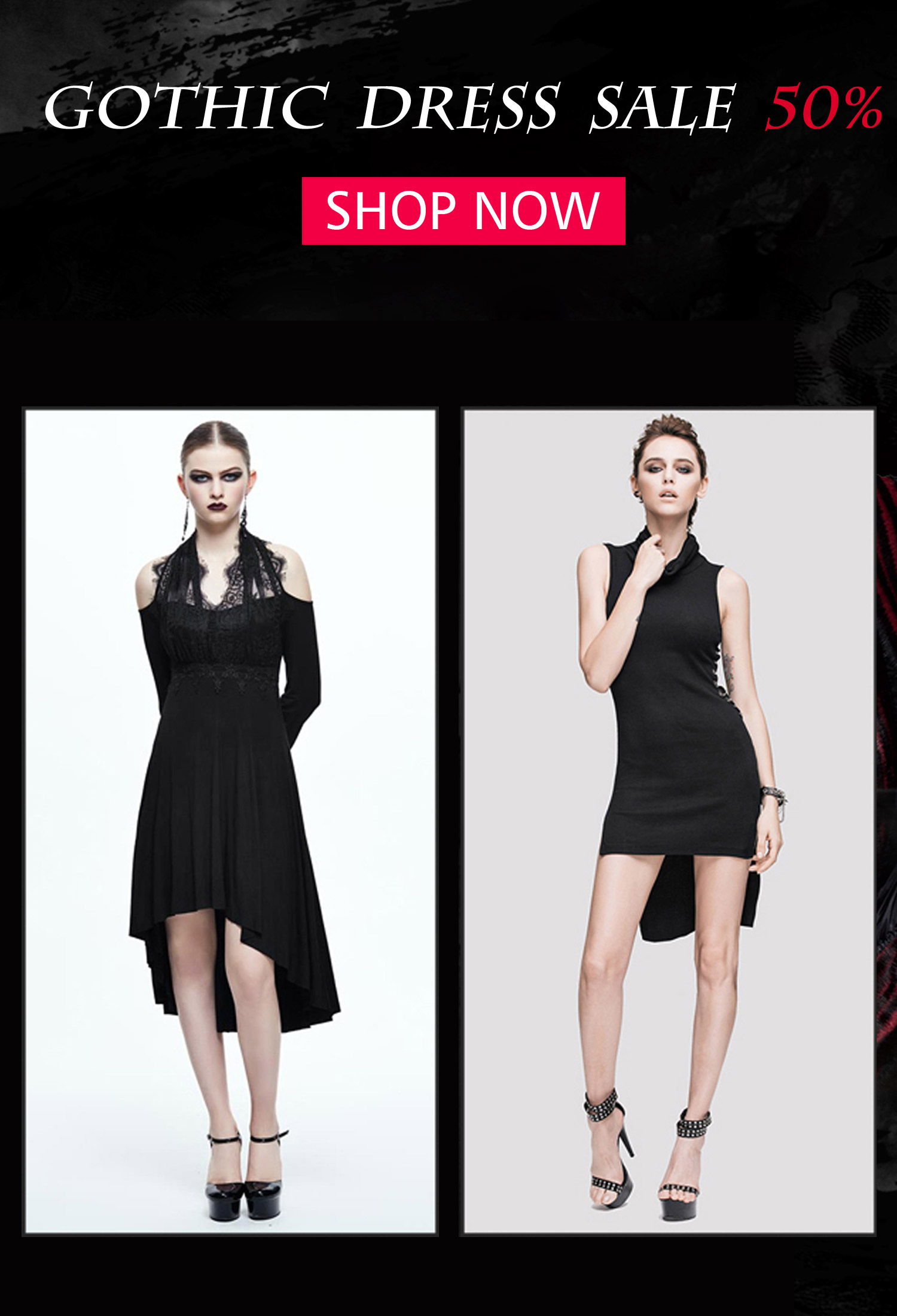 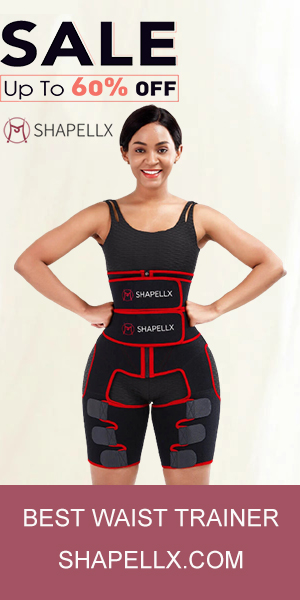 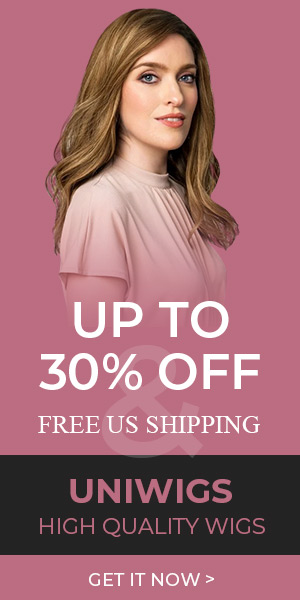